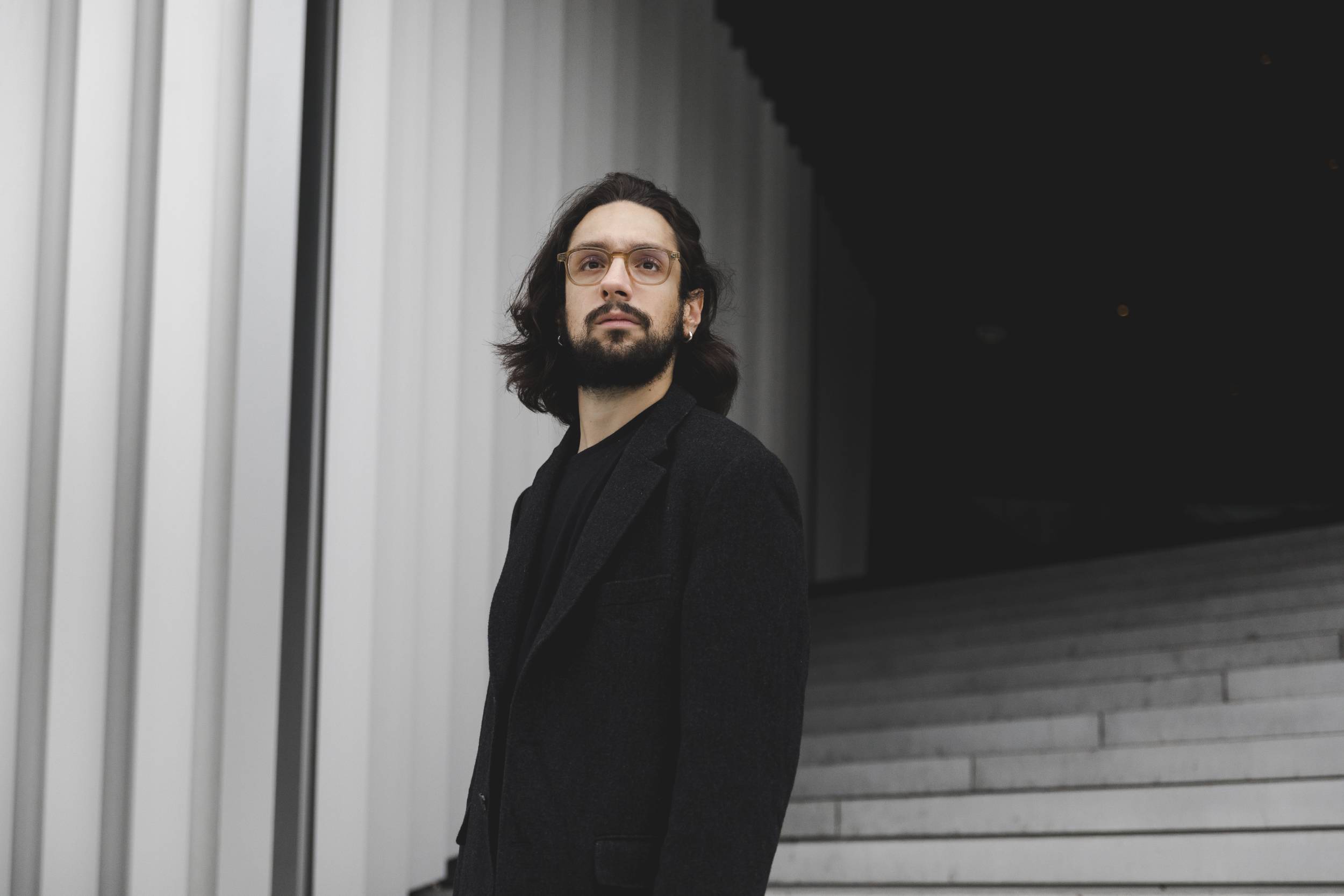 Augustin Braud holds a PhD in musicology from the University of Poitiers. He is also the recipient of the SACEM Claude Arrieu 2020 prize, awarded to a young composer of symphonic music.

He was composer in residence at Orchestre de Chambre Nouvelle Aquitaine for the 2017 – 2018 season and has since written Ceux qui Restent for the Orchestre Philarmonique de Radio France, which was premiered and recorded in 2022 during the Présences Festival, in addition to Lignier, a solo work dedicated to the violinist Carolin Widmann. Other works include Stargazer for four trios, commissioned by the New European Ensemble and premiered at the Gaudeamus 2021, the chamber music cycle Contre- mouvements, which has been recorded in 2022 by the ensemble Alternance for an upcoming portrait disk, De l’un, l’autre, a concerto for cello (Marie Ythier) and ensemble (Sillages), Le Soupcon des Tombeaux for the Neue Vocalsolisten and ensemble C Barré, as well as a new version of GOLEM, a concerto for double bass and ensemble, performed by the ensemble Musica Nigella, the Klangforum Wien and the Ensemble Intercontemporain. Both pieces were performed at the ECLAT festival in Stuttgart. His commissions and collaborations also include groups such as 2E2M, Accroche-Note (supported by a grant from the Salabert Foundation, premiered at the Musica 2020 Festival), the ensemble Risonanze Erranti, Ars Nova, L’Instant Donné, Proxima Centauri, Ensemble Zellig, Quatuor Aeolina, etc.